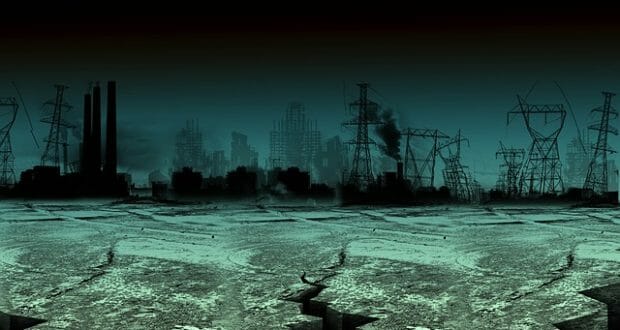 What would survival in a post-EMP world look like? (Image source: Pixabay.com)

The United States has received threats from North Korea ever since the Korean War came to a stop. While those threats have varied considerably, the most common has been for them to destroy us with nuclear weapons.

In recent years, those threats have become more and more serious. Just a couple of years ago, North Korea succeeded in testing their first multi-stage missile, with the range to reach the United States. Within weeks of that event, they tested their first hydrogen bomb. This milestone proved that they are much closer to having the capability of raining nuclear fire down on the United States than anyone would have believed a decade ago.

As North Korea Threatens Us, Are We Ready For A Post-EMP World?

But we may not have to worry about nuclear bombs taking out our cities, as North Korea has recently changed their tune. They are no longer talking as much about blowing up our cities with nuclear weapons. Instead, they’ve continually discussed using one of those bombs to create a high-altitude EMP and take out our energy grid.

This would be a much more devastating attack than any attack on our cities by nuclear-tipped missiles. While such a conventional attack could kill several million people, an EMP exploded 250 miles above central Kansas could ultimately kill somewhere around 300 million people, simply by taking out the power grid for months and months. Most people would die of starvation and lack of modern medicine.

This is the great risk of our time. Whether or not it actually manifests itself is something we won’t know until it’s too late. Personally, I’d rather not wait until then. So, the big question facing you and I is: Are we ready for an EMP?

We must assume that North Korea has the capability to launch such an attack and that they may do so sometime in the near future. We also need to assume that our anti-missile defenses, which were not designed to deal with a high-altitude EMP, will not stop the attack. Any other assumption is too much of a risk to take. While I hope they won’t attack or if they do, they won’t be successful, I’m not going to wait to find out.

With that in mind, what should we be doing in the limited time we have available? If we assume that the attack will happen in the next 30 days, for example, what final preparations would we make in that time?

Stock Up On Food And Other Essential Supplies

The only food that you’re going to have is what you have in your home and what you can grow. So if you don’t have enough food (and none of us do), now is the time to buy some more. Stock up on non-perishable foodstuffs, especially the staples. And learn to garden!

But don’t just stock up on food. All other expendable supplies are going to be in the same boat as food. So be sure to buy toilet paper, soap, medical supplies and anything else you are going to need for the next 20 years or so. While local manufacturing will begin to kick in after the first year of a downed grid, it’s going to take a long time for supplies to be readily available again.

You won’t need to worry as much about tools, clothes and other non-expendable items. As people start to die off, those items will become readily available. One of the important skills in a post-EMP world will be scavenging, which will become the main source of supply for many years.

While much of our electronics will be fried by the EMP, that won’t really be the big problem. The loss of the grid will be the biggest issue in a post-EMP world. (Image source: Pixabay.com)

Many people are saying that cars will not be running after an EMP, but the report of the EMP commission says otherwise. Cars will most likely run, but gasoline will be a problem. Even worse than being a problem for cars, we’ll need gas for lawnmowers, chainsaws, roto-tillers and other power tools.

Unfortunately, gasoline doesn’t store well, especially in plastic gas cans. However, if you can put that gas in a full, sealed metal drum (55-gallon drum) it will keep considerably longer. There are also additives which you can add to the gasoline, extending its shelf-life.

Make Sure You Have A Water Source

Clean water will be one of the biggest problems in a post-EMP world. City water supplies depend on electricity to pump the water in almost all cases. Unless you happen to live downhill from a reservoir that is providing your water, your city water will dry up.

Rainfall, local rivers, and lakes or a well are your best sources of water. But make sure that you have plenty of capability to purify that water, as you may need to be purifying it for many years to come.

Get Some Solar Panels

If you don’t already have them, it’s a good time to invest in some solar panels. While much of our electronics will be fried by the EMP, that won’t really be the big problem. The loss of the grid will be. You can always put away some electronics, safe from the EMP, and use them afterward.

Buy Spare Electronics And Store Them In A Faraday Cage

Speaking of a Faraday cage, if you don’t have one already, now is a good time to create one. A galvanized trash can works well, although a metal filing cabinet, storage cabinet or toolbox can work just as well. The only thing you need is an enclosed metal container, with the ability to insulate the contents from the walls of the container.

Besides your spare solar charge controller and voltage inverter, you should consider having spares for other critical electronics, such as a computer or tablet filled with useful survival information, medical devices, a pump for your well, a grain mill and even a CD player. Whatever electronics you think you need for survival should be in that cage.

Get Cash And Silver

Most of the money in the world is nothing more than electronic money. What that means is that once the EMP hits, most money in the United States will be gone. While I’m sure there are secure copies of all banking records somewhere, it will probably be years before anyone can get into them. So, the only real money that will exist is either paper or precious metals. Of the two, precious metals are much more secure.

I make a habit of keeping precious metals in the safe, just in case. That way, when some form of commerce starts back up again, I’ll be able to take advantage of it. I suppose the little bit I have will make me into a rich man for the first time in my life.

What advice would you add about surviving in a post-EMP world? Share your thoughts in the comments section below: